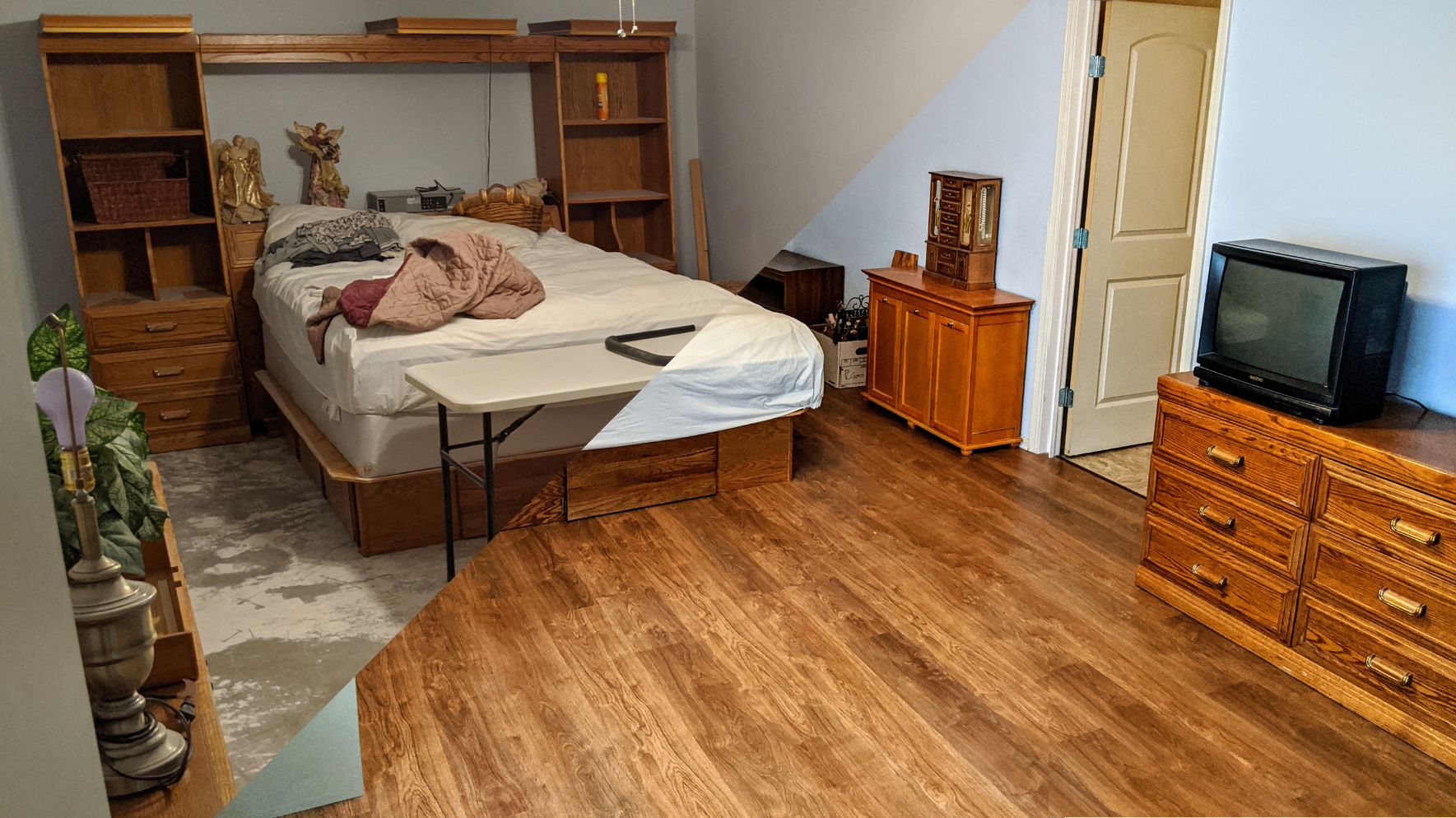 HFHGG installed laminate flooring where Brenda had only concrete before 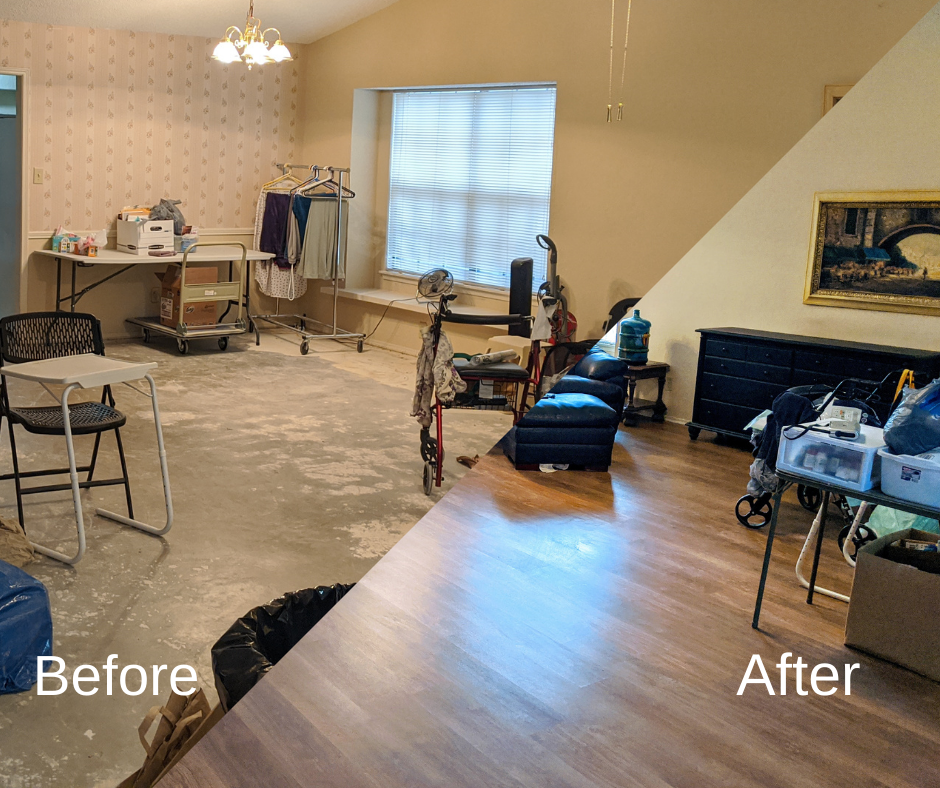 Before and After of Brenda’s Living Room with installed laminate

Brenda worked full time as an office administrator until 2011, taking care of her mother and aunt in the evenings. After 20 years working, she was let go from her position. Shortly after, both her mother and aunt died within one year of each other. It only seemed to get worse, as her home began falling apart. She quickly fell into a deep depression and her physical health began to fail. Brenda had lived with health issues for decades (she was hit by a drunk driver in her twenties while riding on the back of a motorcycle), but her body was now deteriorating beyond the accident. Brenda lives every day with back pain and is three inches shorter now than her original height. Since her back is collapsing, she is unable to move around her home and has only left her property twice in the past two years. Her flooring was concrete for 5 years and other house amenities were failing.

In 2017, Brenda saw a post on Facebook that promoted Habitat for Humanity of Greater Garland’s critical repair work with a local resident. Immediately interested and knowingly qualified, Brenda applied! Soon enough she was approved for an HVAC replacement (heating, ventilation, and air-conditioning unit), electrical repairs, and a walk-in tub, so that she can easily get in and out of the bath. Since then she’s gotten other repairs done, including new flooring, a new toilet and bidet, a remote door lock, and other accessibility modifications. Habitat was fortunate enough to partner with some great contractors on this project, including Rockwall Electric and Mezquite Installations.

While Brenda still struggles with back pain and mobility issues, her home is accessible, safe, and comfortable. She is immensely grateful for all the work that has been done for her, as Brenda ended our interview by saying:

I think Habitat is an excellent, excellent organization. They are blessing people all over with their good works and good will. I am blessed that they chose me, and extremely blessed that the staff treated me the way that they did. I just cannot say enough good about all of them. I am blessed beyond measure. It all comes from my heart and I mean every bit of that. I don’t know where I’d be without them.